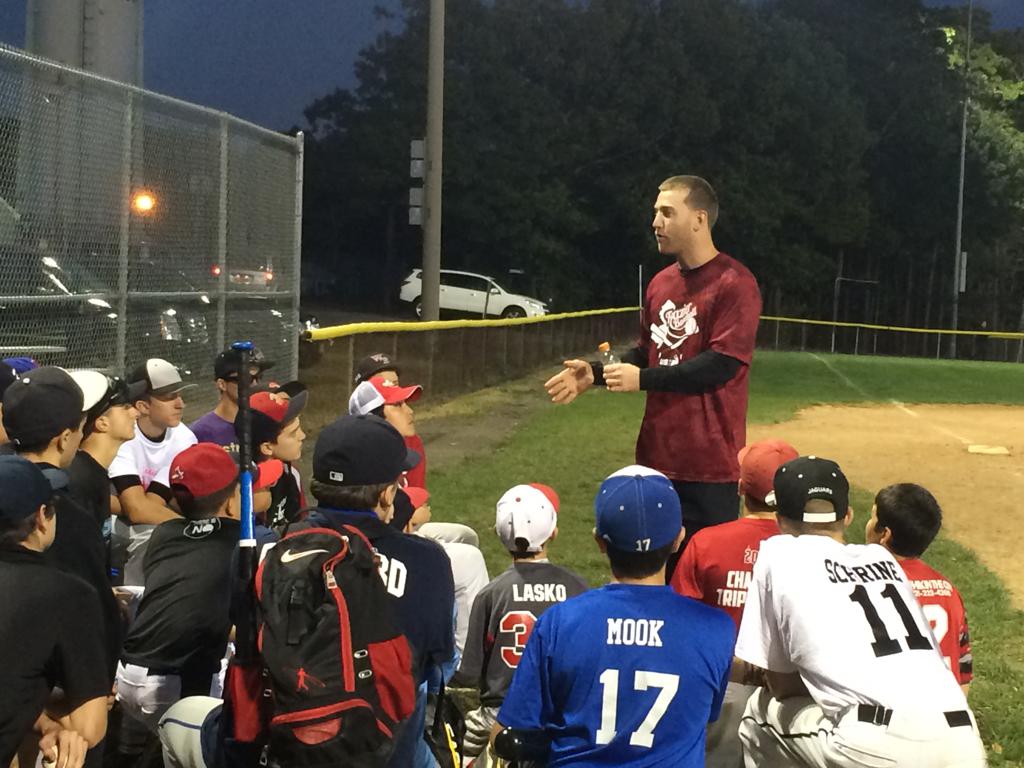 Frazier Baseball's mission is to teach children the fundamentals of baseball in a fun and engaging setting.  Founder Charlie Frazier has a passion for baseball that becomes contagious to those that have been coached by them.  Whether your child is looking to get a jump start on an upcoming season, or looking to fine tune something in-season; Frazier Baseball will help.

Frazier Baseball's proven instruction style and ability to simplify the game for players, have made them a favorite of players they've worked with. 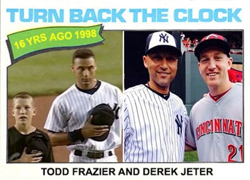 In 1998 at the age of 12 and measuring a mere 5'2" and 104 pounds, Todd was on the Toms River East American Little League All-Star team that won the Little League World Series in Williamsport, Pennsylvania. Dubbed the "Beasts of the East" for their skill, power and lucky charm stuffed gorilla, the team went undefeated in the tournament.

To celebrate their world championship, the Toms River team was invited by the New York Yankees to Yankee Stadium on September 1, 1998 as the Yankees faced the Oakland Athletics, and each Toms River player was introduced publicly to the crowd and invited to stand next to his Yankee position counterpart during the national anthem, which meant Frazier, as shortstop, was standing next to New Jersey-born Derek Jeter. Fittingly, when he made it to the majors, Frazier would not only play against Jeter in the 2014 All-Star Game—Frazier's first and Jeter's last—but just days later would also help the Reds honor the Yankee captain's final year in baseball in a special pre-game tribute.​

Charlie....
As the oldest Frazier, Charlie paved the way for the Frazier name.
His accomplishments include the following: 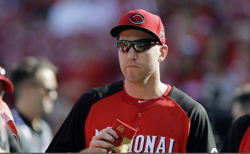 SOUTH WILLIAMSPORT – It is a week of awards for Todd Frazier and his family.

It was revealed Wednesday his parents, Charlie and Joan Frazier, have been named Little League Parents of the Year and will be honored at this year's world series in August.

Their hard work, patience and guidance with their three sons are three of the many reasons Little League says they were selected to receive the award named for former President George Bush and his wife, Barbara.

"The Fraziers level, steady and grounded approach to the successes and failures of their children over time has prepared each to excel both on and off the field," Little League spokesman Brian McClintock said.

Frazier, a former high school basketball coach, credits his wife with teaching him the value of positive reinforcement. "A good hug goes a long way," he told Little League.

He noted his three sons were very interested in Little League from an early age. All were drafted by major league teams.

Todd Frazier, 29, first made headlines in the 1998 when he led Toms River, N.J., to the Little League World Series championship.

In his team's five games, Frazier went 9 to 15 with four home runs including a grand slam, drove in 10 and scored 11. In the championship game he went 4 for 4, led off the contest with a home run and was the winning pitcher.

Charles Frazier Jr., 34, who pitched to his brother during the home run hitting contest, was drafted by the Florida Marlins in 1999 and played five seasons of professional ball reaching the Double A level.